Link to the LinkedIn.com Link to the Facebook.com Link to the Twitter.com
Home Insights & news Mark Leibler shines a light on Australia’s support for Israel and constitutional recognition of our First Peoples 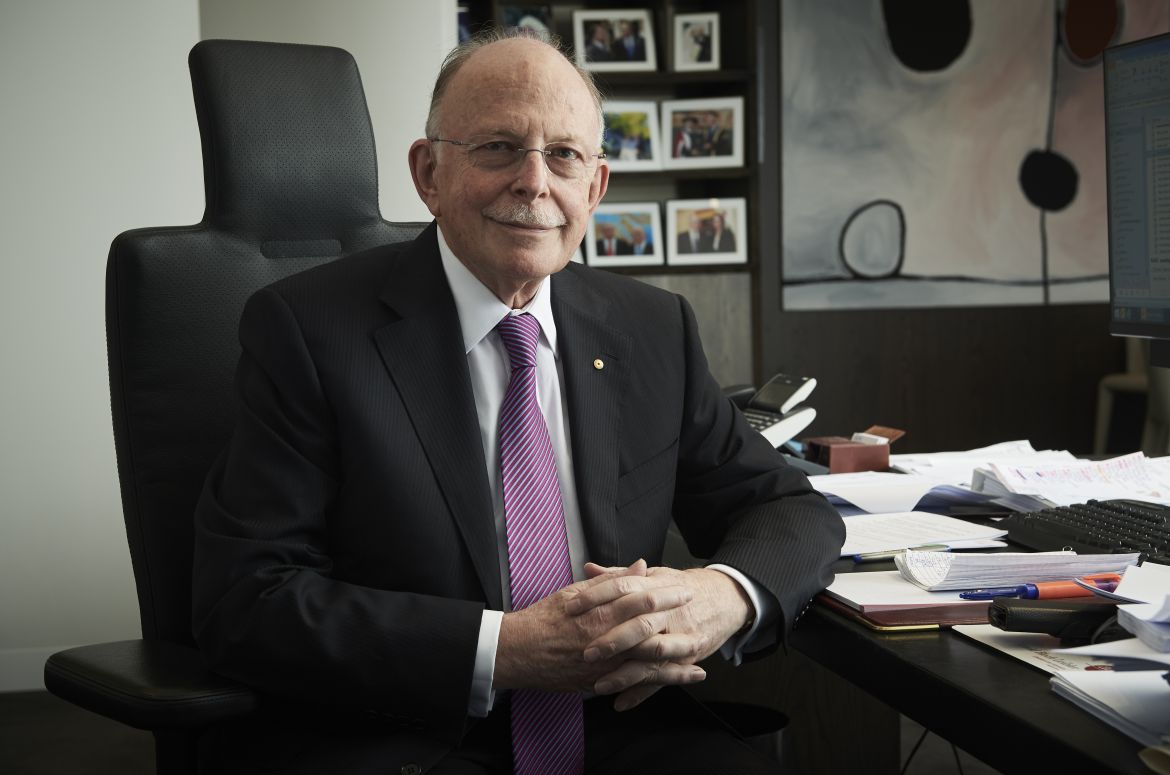 Speaking at a pre-Budget AICC luncheon in Melbourne yesterday, co-sponsored by Century Plaza Group and Arnold Bloch Leibler, PM Scott Morrison opened his address to a room of 650 guests recounting a conversation he had just had with senior partner Mark Leibler in which the PM had assured Mark that Australia would not be attending the Durban Declaration meeting in September. “We will not associate Australia with one-sided and contentious language that singles out Israel,” he said.

In his vote of thanks to the Prime Minister, Mark welcomed the announcement. “Let me say upfront how much we appreciate Australia’s record of support for Israel and the Jewish community under Scott Morrison’s Government. And here today, the PM has announced that Australia will not participate in Durban 4, another UN anti-Israel hate-fest. “Prime Minister, our response to this in Hebrew is Kol Hakovod, in English, all the honour to you and your government.”

Mark also used his closing remarks to call for the kind of cross-party cooperation that served the nation so well through the most challenging months of the pandemic to advance constitutional recognition of Aboriginal and Torres Strait Islander Australians.

Mark is quoted on the issue on Page 1 of today’s edition of The Australian: “We must maintain a bipartisan approach to constitutional recognition of Australia’s First Peoples and, as proposed in the Uluru Statement from the Heart, give the decision on an Indigenous Voice to Parliament to the Australian people,” Mark said.

On a lighter note, columnist Stephen Brook writes in today’s AGE/SMH that Mark told the gathering he had last shared a stage with Mr Morrison as Treasurer back in 2017. “Two weeks later, Morrison became prime minister, and one of Leibler’s colleagues stuck on the lawyer’s desk a photo of the pair shaking hands at the event with a speech bubble reading: ‘Stick with me ScoMo and you’ll be PM one day.’”

To read the article in The Australian, click here.

To read the online version of The Australian, click here.

To read the article in The Age, click here.

To read the online version of The Age, click here.

To read the full text of the PM’s speech, click here.

To read the full text of Mark’s speech, click here.