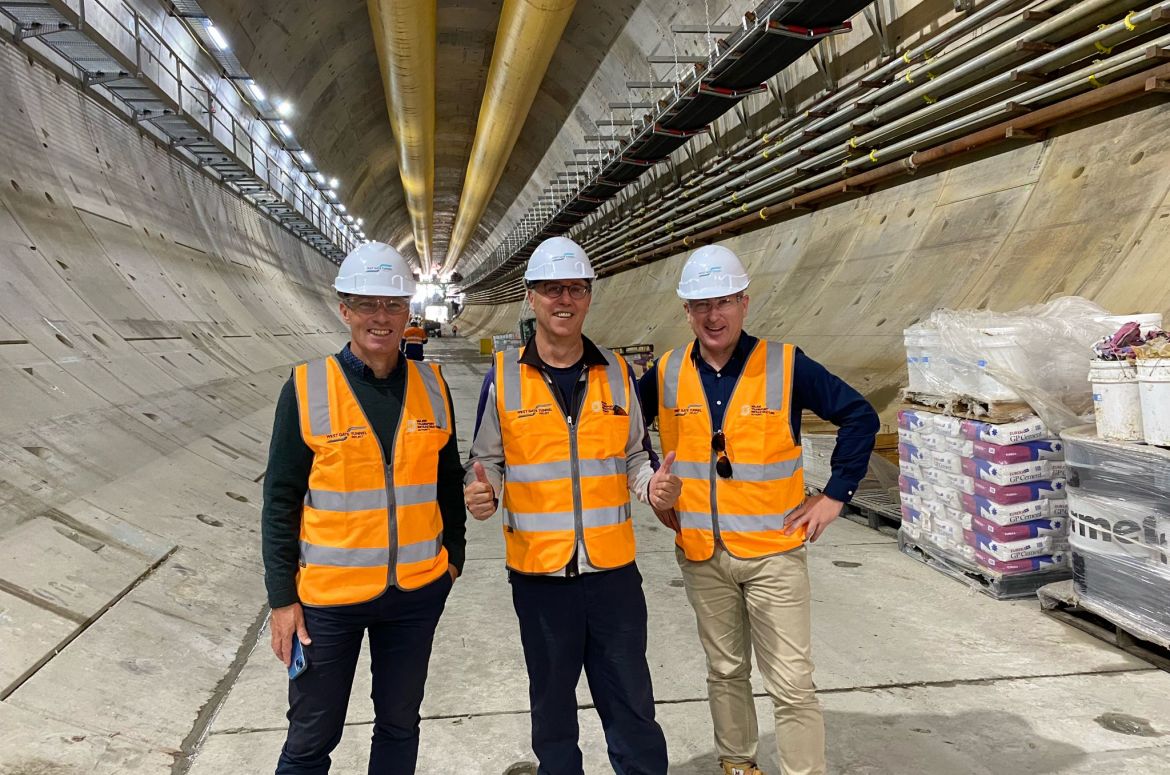 As reported in The Age, after an 18 month pause, the West Gate Tunnel Project is back on track after a legal dispute involving the builders, CPB and John Holland, Transurban and the State, was resolved.

Arnold Bloch Leibler partner Leon Zwier and infrastructure and capital works adviser James Cain from M21 Advisory, were appointed as State negotiators to negotiate a resolution of the multi-billion West Gate Tunnel Project construction disputes. Both have described the settlement, agreed to in principle in December 2021, as an extraordinary achievement and unpredictable given the complexity of legal issues, differences in expert opinion and personalities.

"None of the parties wanted to be in the position they were in, and they are all much better off having reached a settlement," said James.

"The settlement has given the project the required momentum for recovery. All parties have accepted the losses reflected in the settlement and are now moving, more aligned than ever, to the completion of the project efficiently and as soon as possible."

Leon said that James’ technical knowledge and their combined commercial skills facilitated an outcome that could not have been achieved without them being involved and working closely with the client, MTIA, in particular director-general Corey Hannett.

"We've both worked with public and private sector clients and we both understand the needs and priorities of the commercial participants in a contract like the West Gate Tunnel Project."

James added that their shared understanding of government priorities and processes enabled them to collaborate on negotiation strategy with a strong sense of the constraints that a government environment throws up – public transparency, government policy, rules of engagement, accountability and decision making processes were all matters that the two of them understood and their advice regarding the progress and approach to the negotiations could be measured accordingly.

Leon commented, “It was courageous for the State to approach large scale dispute resolution in this unconventional manner. However, we have no doubt that all parties to the negotiation would agree it was effective, focused and delivered a shared pain result that was better than the counterfactuals”.