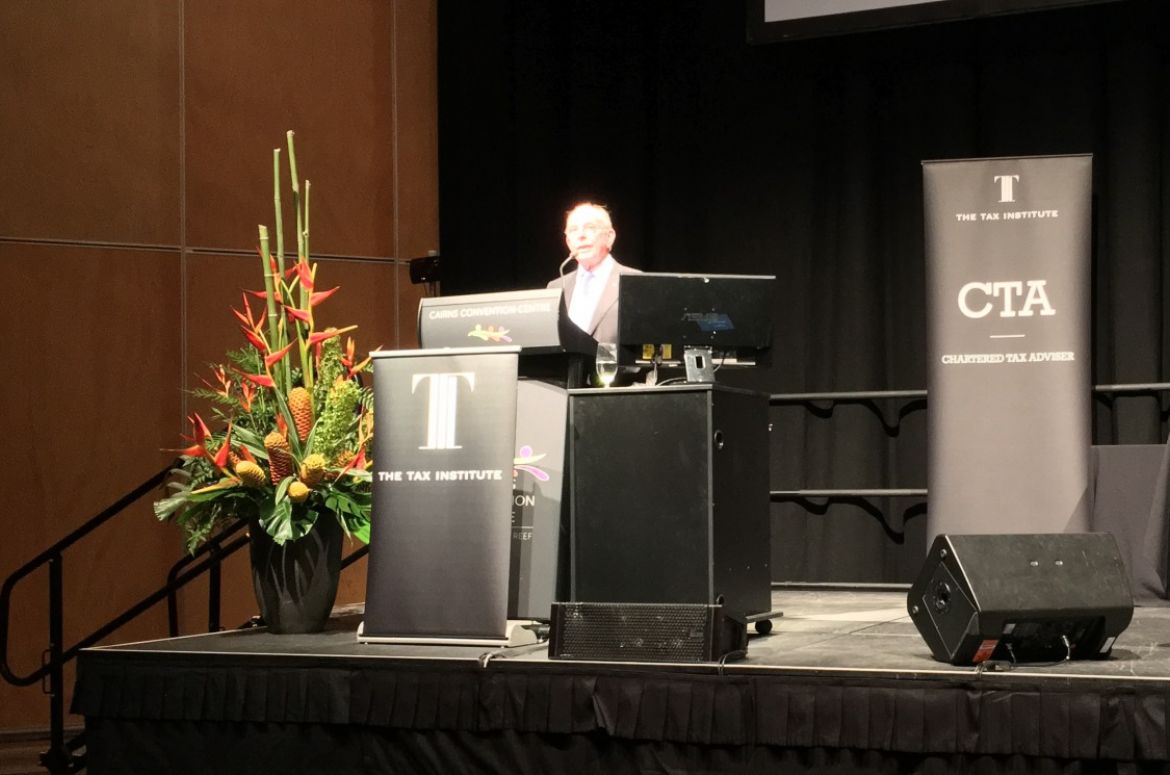 In a keynote address to the Tax Institute’s 33rd National Convention, Senior Partner Mark Leibler put a spotlight on the extraordinary powers of the Australian Tax Office and the Commissioner of Taxation.

He told an audience of 350 tax professionals from across Australia that to represent clients to the best of their abilities, advisers need to recognise the vast power that rests with the Commissioner and his empire to interpret and apply the law.

In a wide-ranging speech, Mark begins by outlining the breadth of the Commissioner’s authority. He goes on to examine important checks and balances in the system, before returning to the main theme and the reality that, as tax law becomes more complex and uncertain, the role and power of the Commissioner is only escalating.

“The reality is that individual Australians who take issue with the conduct of the Australian Tax Office have no direct recourse to the government, to the Treasurer or Finance Minister, or to their own member of parliament,” he said.

“The Commissioner of Taxation can require the production of documents, gain access to private premises, and even compel individuals to attend and give evidence about their own tax affairs or the tax affairs of others.

“Even more draconian is the Commissioner's power of assessment.

“It is a testament to the integrity of the office of the Commissioner that there are no reported cases in which this power has been abused or used for political purposes, as it has been in less scrupulous jurisdictions around the globe.”

Mark goes on to outline what he describes as the “more subtle, but even more significant, power of the Commissioner in providing guidance where legislation doesn’t speak for itself.”

“It is often overlooked that when tax law becomes more complex, it imposes a burden, not just on taxpayers, but also on the Tax Office.

“Because where the interpretation of a provision is sufficiently uncertain, tax professionals rely on the Commissioner’s view to advise their clients.

“This means that the only way a taxpayer can have certainty before entering into a transaction is by obtaining guidance from the Commissioner of Taxation.

“And it begs the question of whether the Commissioner effectively makes the law, as opposed to simply interpreting or clarifying it.”

Mark concludes his address by arguing that, while there is a long way to go, the cultural change being driven by the current Commissioner is necessary, well targeted and increasingly evident in day-to-day dealings with the Tax Office.

“The crucial difference in the impact Chris Jordan is having to what I’ve seen previously is the extent to which changes are permeating through the organisation.”

To read a preview article of the speech in today’s The Age newspaper, click here.

In his own address to the convention, Tax Commissioner Chris Jordan said he had been interested to hear Mark’s speech, which had “raised some thought-provoking points about power, positive culture, scrutiny and humanity.” The Commissioner went on to say that the Tax Institute’s advertisement for Mark’s presentation had stimulated his own thinking about what he should speak about.