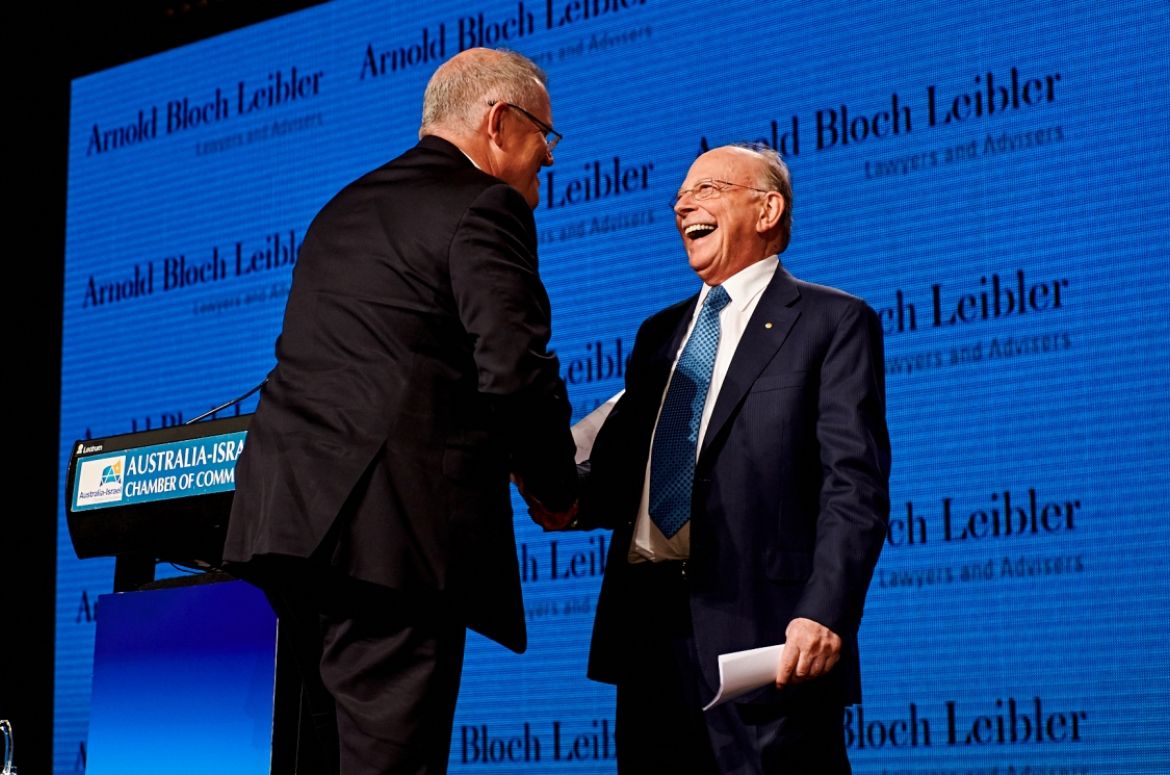 It is my honour this afternoon to have been invited to introduce our guest speaker, Treasurer the Hon. Scott Morrison.

I understand that this will be the Treasurer's first major speech in Melbourne since the government's tax cuts came into effect - tax cuts designed to reduce the tax burden on households and businesses, and to simplify the tax system.

It makes me sound older than I feel to say that I’ve been a tax lawyer for almost 50 years and have, when I felt it necessary, advocated for reforms in both tax law and tax administration.

I’ve never been a knit-picker and, as successive Treasurers would attest, I have been entirely even-handed in conveying my views to governments of both political persuasions.

Today, in introducing our current Treasurer, I would say that while there have been some worthwhile initiatives under his watch, without serious tax reform, Australia’s economic competitiveness will be undermined.

It is not simply a matter of multi-national corporations and international investors choosing to take their capital elsewhere.

It’s about Australia’s attractiveness as a place to call home.

In an era of increasingly mobile labour, a global race for tax revenues and an ever-more powerful digital economy, an uncompetitive tax system and tax reform inertia are a dangerous combination.

It is a smack-in-the- face reality that, in this period of our nation’s history - a challenging and transformative period for economies across the globe -  the Australian Senate and, to some extent, the mere existence of our states and territories, are proving to be an intractable obstacle to meaningful reform.

The Treasurer is well aware of this.

And I want to tell him this afternoon that I’ve had a dream.

In this dream, the Australian tax system boasted:

Of course, the Treasurer, and all the tax nerds in the room will know that I wasn’t dreaming of some mythical nirvana.

I was describing the tax system enjoyed by our neighbours in New Zealand, where the Treasurer worked for some years in tourism.

Consider this: the differential in New Zealand, between the company tax rate and the highest individual rate, is a mere 5 per cent.

In Australia, it’s almost 20 per cent.

If we could just address this imbalance alone, it would have a major impact on the system overall.

It would remove the vast bulk of the system’s complexity and eliminate most of the tax minimisation industry.

If we can’t address it, how can any Australian government claim hand-on-heart that our tax system is fair?

Of course, the government of New Zealand was able to make the changes it did because it was dealing with a very different, very much more vulnerable economy.

Australia shouldn’t take the risk of waiting until the vulnerability of our economy becomes tangible and obvious.

And it’s incumbent on all of us who know this, to ensure that the Australian electorate knows it too.

The Hon. Scott Morrison MP was appointed Treasurer in 2015.

During his 11 years in the Federal Parliament, as the Member for Cook, he has also served as Minister for Immigration and Border Protection, and Social Services Minister.

He has proven himself, time and again, to be a smart, energetic, “can-do” politician.

Which gives me enduring hope that what needs to be done will be done.

Please join me in welcoming the Treasurer, Scott Morrison.

(A mention of Mark's introduction of the Treasurer at yesterday’s AICC luncheon featured in The Australian's Margin Call column. Read it here).