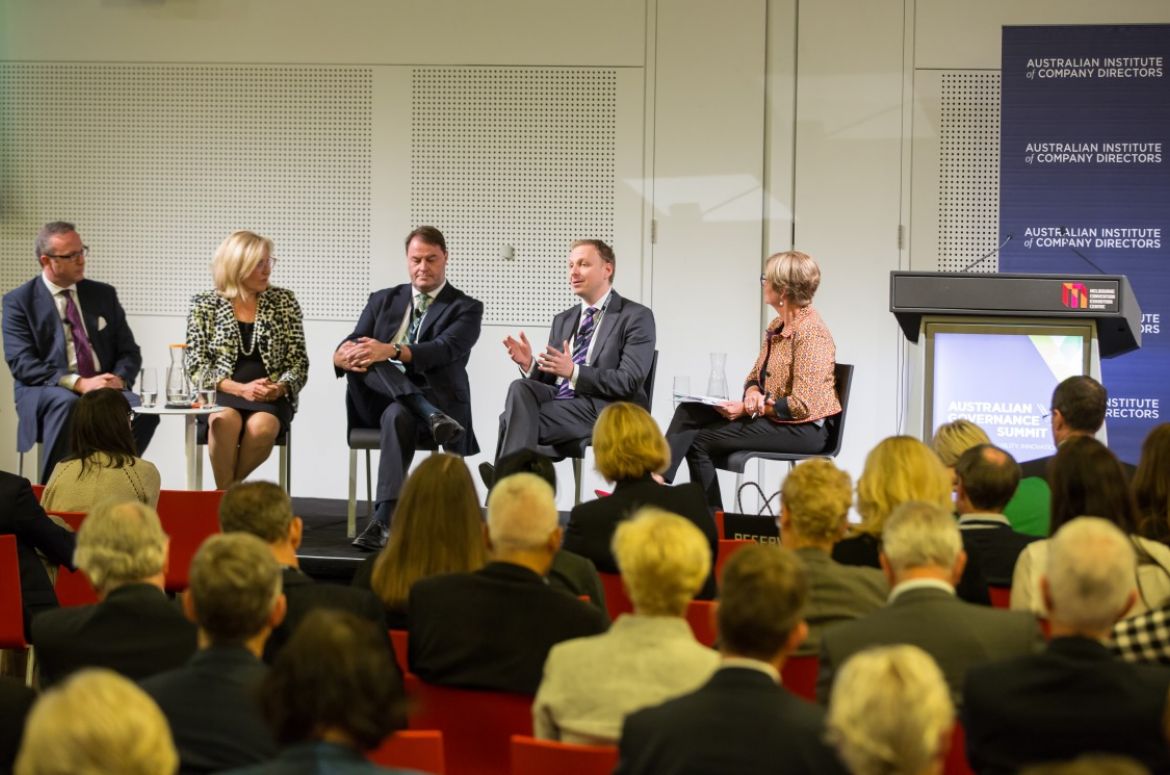 Partner Jeremy Leibler told delegates at the Australian Institute of Company Directors' annual Australian Governance Summit that boards in this country are tempted to engage with activists too early because of the potential impact on directors’ reputations.

Jeremy was participating in a panel discussion on the future of shareholder activism in Australia, alongside Gabriel Radzyminski - Chairman of Sandon Capital Investments Limited, Arlene Tansey - Non-executive director of Primary Health Care, Adelaide Brighton and Aristocrat Leisure and Simon Hudson - Head of Equities at UniSuper.

The session was covered by The Australian newspaper, which quoted Jeremy in describing the Australian market as “unique” in terms of the small pool of directors and the “lose-lose” situation they face when it comes to activist investors.

“When you ask ‘what’s the first mistake a board makes?’, the answer will be that they don’t engage with the activists,” Jeremy said. “But there are also instances where boards are too quick to engage because they know the activist is willing to go public.”

The session, which attracted an audience of more than 300 people, covered emerging questions around activism including:

Given his experience in advising both boards and activists, Jeremy was specifically asked what boards – and directors – are doing wrong in the way they respond to activists.

While noting the issue of director reputation prompting knee-jerk reactions, he said that the most common mistake target boards make is to not seriously and meaningfully engage with activists on their issues. “Too often boards expect that they can follow a ‘playbook’ to rebuff an activist and the reality is that different strategies are required depending on who the activist is.”

To read the full article in The Australian, click here.