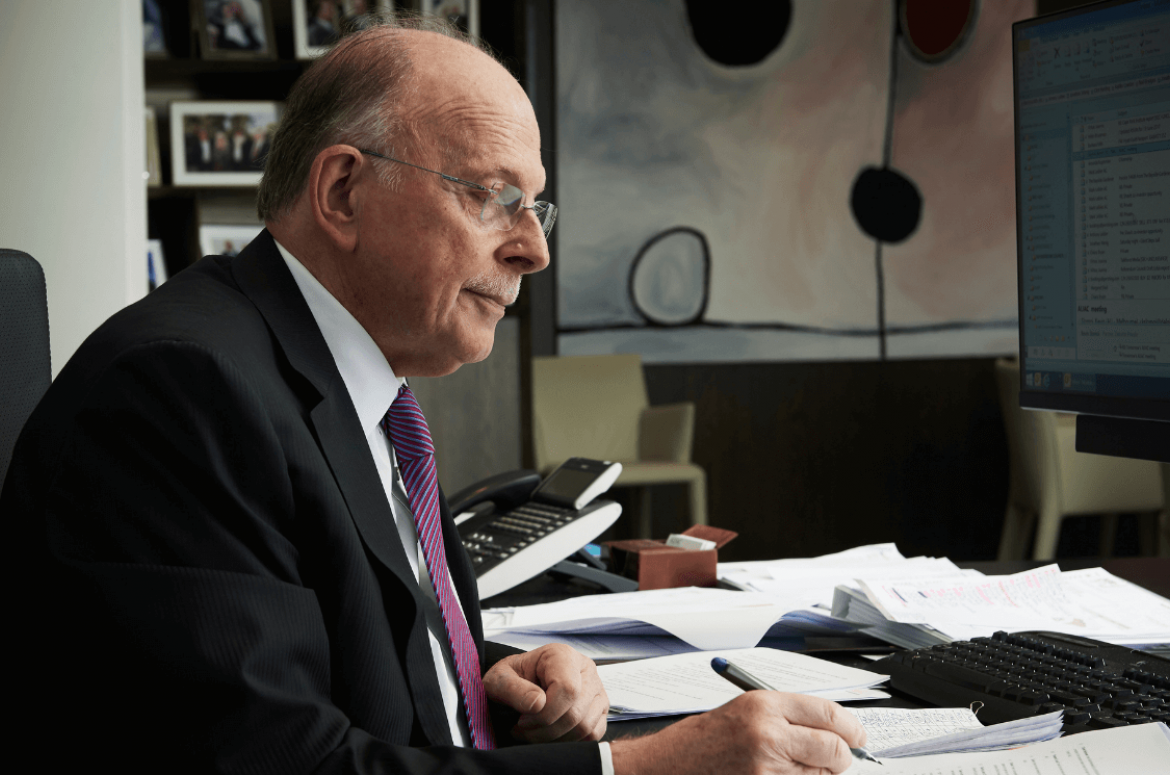 Correspondence this week between senior partner Mark Leibler and the president of the WA Bar Association, Martin Cuerden, has resulted in Mr Cuerden’s unambiguous acknowledgement that a tweet by Melbourne QC Julian Burnside likening the treatment of Palestinians in Israel to the persecution of the Jews during the Holocaust was antisemitic.

Letters between Mark and Mr Cuerden have been covered in The Australian newspaper, with the latest exchange described as: “stopping short of an outright apology but conceding he and the Bar Council had not understood the ‘anti-Semitic’ nature of Mr Burnside’s tweet that originally raised the senator’s ire.”

In welcoming this acknowledgement, Mark wrote back to Mr Cuerden saying that he hoped and trusted the WA Bar Association president now appreciated the issue had nothing to do with freedom of speech.

“People can speak as freely as they wish in this country,” Mark wrote “but when public figures promote ideas that are anti-Semitic, racist or otherwise offensive, their suitability to hold positions of influence is called into question. That is what this issue is about.”

Earlier in the week, The Australian reported that Mark had expressed his personal and professional astonishment that Mr Cuerden had criticised Victorian Senator Sarah Henderson for suggesting that Burnside should face professional consequences for likening.

“As someone who experienced antisemitism some 50 years ago as a young lawyer in this country, it is inconceivable to me that in the year 2021, the president of a State bar association would suggest that a respected member of the Bar spreading antisemitic hate is ‘a matter of public interest’,” Mark wrote.

“By deleting the tweet, it would seem that even Burnside himself recognised, after the fact, that his comments had crossed the line into antisemitism. A fact that seems to be readily recognised by virtually all public commentators from the far left to the right. The sole exception seems to be the WA Bar Association.”

Describing Mark as a “revered Melbourne lawyer” The West Australian newspaper reported that he had told Mr Cuerden that “it was disingenuous at best for the WA Bar president to defend the tweet on freedom of speech grounds”.

The West described the latest development as a "backdown" by WA Bar Association and quotes Senator Henderson expressing her gratitude to Mark for his intervention.

To read the latest article in the Australian online, click here.

To read yesterday’s article in the Australian, click here.

To read the correspondence between Mark and the WA Bar Association, click here.