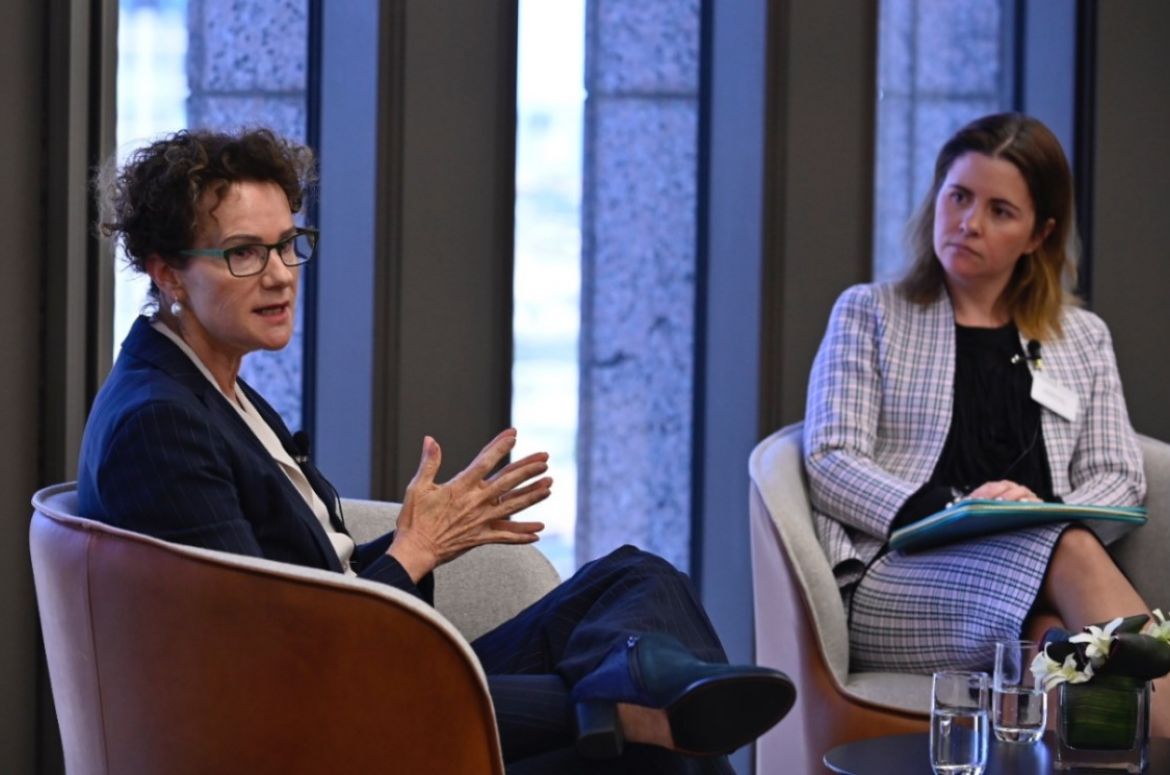 A resounding call to help improve the number of women in political and corporate life has been heard by attendees at Arnold Bloch Leibler’s celebration of International Women’s Day.

“The thing I’ve found really really frustrating is how slow the change has been for the advancement of women in terms of sharing power and decision making leadership in this country,” Carol told ABL guests and lawyers.

Carol discussed her public calls for a 40/40/20 target in politics and on corporate boards, which involves aiming for a minimum 40% of roles going to women, 40% to men and the remaining 20% floating.

“We need to get to the critical mass of women in leadership roles before we can move the culture along,” she said.

“While we are missing the critical mass women have to adapt to the culture in which they are living and breathing and so there is a lot of criticism of women conforming to the status quo. The reason for that is that there is not a critical mass of women on all sides of politics.”

The wide ranging conversation discussed Carol’s realisation in her mid-30s that the strong and capable women from her university days were no longer seated around the meeting table.

This realisation has since developed into a strident and unwavering call for change, which is evidenced by her avid use of social media as a forum to curate and enhance this dialogue. Although, she has limited herself to Twitter after Facebook launched its IPO without a single woman on the board, an event Carol found “absolutely enraging”.

Australia’s poor track record for the representation of women in politics was discussed and a number of women in the audience joined the conversation, offering their experiences in the workplace.

Despite the long road ahead, Carol is adamant that there is cause for optimism that women would reach a level of critical mass, take their seat at the table and be involved in all levels of leadership and decision making.

“If we as a nation are going to move forward in the way we should, we have to have that optimism.”