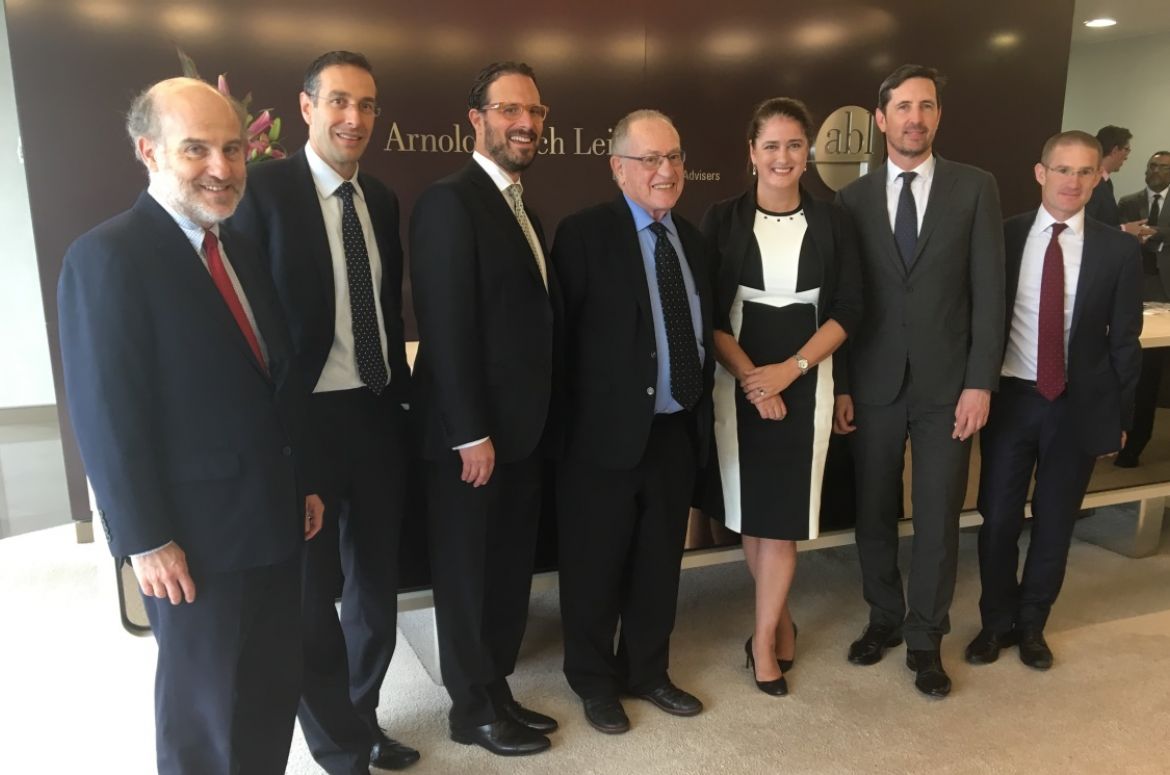 At a lunch attended by some of Sydney’s most distinguished judges, senior counsel and journalists, renowned American lawyer, writer and commentator Professor Alan M. Dershowitz spoke about the impact of the Trump presidency on the rule of law.

Introducing Prof. Dershowitz, Arnold Bloch Leibler partner Paul Rubenstein said that his visit to Australia was taking place at a time when confidence in the robustness of democratic institutions around the globe is being shaken.

“While the architecture remains in place, the actual substance of things we associate with liberal democracy is being eviscerated - respect for human rights, tolerance, freedom of speech, transparency in government - not to mention the rule of law.”

Professor Dershowitz told guests that he believed the rule of law will survive the Trump presidency both weakened and strengthened.

It is being weakened by the actions of both Republicans and Democrats to “weaponise” the criminal justice system to their partisan advantage.

“What has strengthened the rule of law is that legitimate criticism and demand for transparency of law enforcement now comes from Republicans and liberals.

“There’s a quip that says ‘A conservative is a liberal who’s been mugged’. I always replied that ‘A liberal is a conservative who is being investigated’. There is hypocrisy on both sides.”

In delivering the vote of thanks, partner Susanna Ford recognised Prof. Dershowitz’s contribution in protecting the rule of law as a central pillar of genuine liberal democracy.

“In a time of calls for an Australian Federal corruption commission, increasingly unregulated investigatory powers, unreviewed ministerial decisions and challenges to the independence of our judiciary - your comments have provided real food for thought as to the health of our own democracy and in the separation of powers here.”

An extract of Prof. Dershowitz's speech can be viewed here.