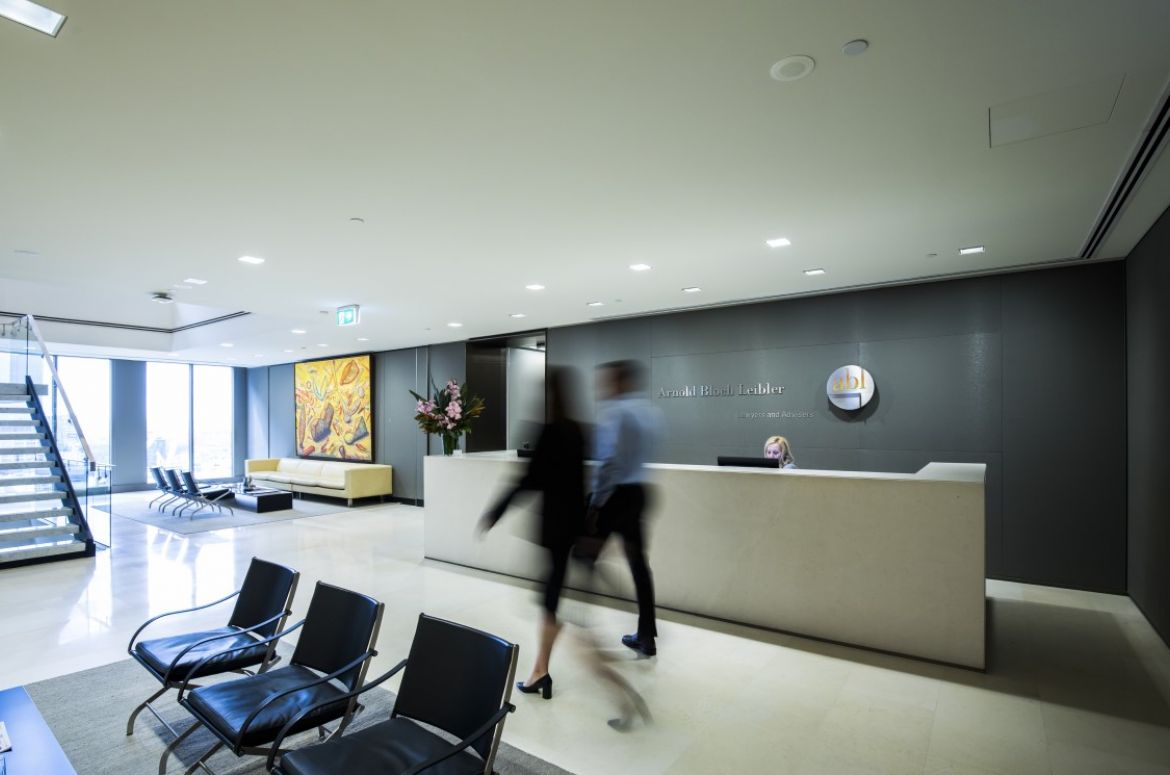 Following the fifth dedication of a boardroom in the name of the late Leonie Thompson, plaques have been mounted in the boardrooms outlining the role each of the five lawyers played in shaping the firm’s culture and values.

Speaking at the dedication of the Thompson Boardroom, Senior Partner Mark Leibler explained the background.

“When the partners were planning the launch of what was then a new corridor of conference rooms here at Arnold Bloch Leibler six years ago, we saw the naming of these rooms as an important opportunity to pay tribute to people who viewed the law, as we do, as an instrument of social justice.

“We wanted the lawyers who use the spaces to feel their presence, and be inspired and guided by it every day.”

Leonie Thompson joined ABL in 1994, after working as a highly successful litigation lawyer at the Victorian Government Solicitor’s Office.

She was appointed partner in 1998, and played a seminal role in building the firm’s litigation practice, leading the team in many high profile cases.

Leonie's other mission at Arnold Bloch Leibler was as a mentor and role model to younger female lawyers.

At the time Leonie made partner, the senior ranks of the firm and the legal profession more broadly, were heavily dominated by men. Rather than being frustrated or embittered by the challenges she faced, Leonie became determined to change things for the better - for herself but, even more so, for the women who would follow in her footsteps.

Leonie was a natural leader who left an indelible imprint on the firm.

As Dean of Law at Melbourne University, Zelman Cowen taught constitutional law to a young Mark Leibler. He continued to support and advise Mark as his career progressed and, years later, became a client.

When Sir Zelman was appointed Governor-General of Australia in 1977, it was a source of immense pride for the Australian Jewish community. On his retirement from office, Sir Zelman turned his considerable intellect and energy to supporting disenfranchised people throughout Australia.

Sir Zelman was acutely conscious of the history of mistreatment of Aboriginal Australians. Following the release of the final report of the National Inquiry into the Separation of Aboriginal and Torres Strait Islander Children from Their Families in 1997, he accepted an invitation to become the first patron of National Sorry Day. A decade later, then Prime Minister Kevin Rudd issued a national apology to the Stolen Generations.

Long before law firms formally established the practice of “public interest law”, Sir Zelman recognised that lawyers had a duty to offer strategic legal advice, defend or assert rights, develop the law and improve the administration of justice, pro bono and in the public interest.

Ron Castan led cases and causes that transformed this country, including the Mabo case which ultimately led to the High Court ruling, in 1992, that Aboriginal and Torres Strait Islander Australians have enduring rights to the land they occupied for millennia before the arrival of the First Fleet.

In the early 1990s, Ron presented Arnold Bloch Leibler with the opportunity to act as lawyers for the Yorta Yorta peoples in their epic struggle for native title, and entrenched the firm's passionate and enduring commitment to Indigenous human rights and empowerment.

He had both a strong moral compass and a great legal mind, and was a role model in demonstrating that difficult, challenging and even seemingly intractable causes are worth fighting for.

Ron’s approach to his work was a constant reminder of the connection between the law and the protection of human rights, as well as the importance of pursuing justice in ways that dignify and honour the client and the cause.

Ask Mark Leibler and other long-time partners and clients of Arnold Bloch Leibler how the firm established its distinctive culture of legal excellence, strong values and commitment to community, and they all point to the role played by Arnold Bloch.

Having arrived in Australia from England as a young lawyer in 1948, Bloch became deeply involved in Melbourne’s Jewish community and, when he established his small practice in 1953, his first clients were refugees from Eastern Europe.

Word of Bloch’s brilliance spread quickly and it was not long before the firm attracted more established clients, and existing clients brought new and more significant matters.

Arnold Bloch’s spirit continues to shine brightly across the firm, with every lawyer channelling the qualities he imbued - a commitment to excellence, personal and timely service, smart commercial advice, and empathy and genuine care, whereby every client is treated with respect and courtesy.

Not only did Alan Goldberg have an encyclopaedic knowledge of the law, he also had a finely tuned commercial instinct. He was practical, passionate, compassionate and outcome-focused.

He wasn’t afraid to present powerful people with a contrary point of view, but it was impossible to take offence because the view was always expressed with respect and elegance.

As a barrister, Alan assisted Arnold Bloch Leibler in solving some of our clients' most difficult matters clients and as a judge, even when clients lost cases, they always felt he had given them a fair hearing.

Alan was an outstanding lawyer, who made a huge contribution to the law, to Melbourne’s intellectual and cultural life, and to this firm.