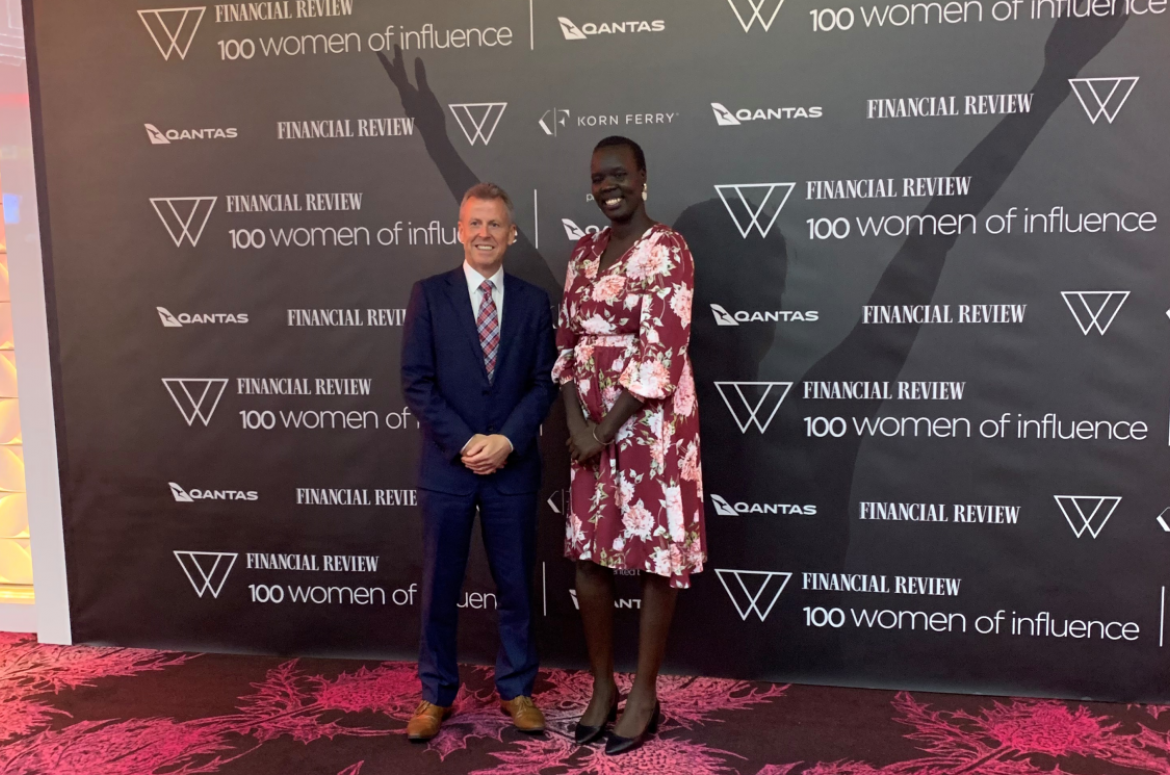 At a gala dinner attended by NSW Premier Gladys Berejiklian, Arnold Bloch Leibler lawyer Nyadol Nyuon was announced the winner of the Diversity and Inclusion category in this year’s Women of Influence awards, which recognise “the most influential, inspirational and visionary women” in the country.

The citation, published in today’s AFR, summarises Nyadol’s extraordinary accomplishments: “Born in a refugee camp in Ethiopia and raised in a refugee camp in Kenya, Nyadol Nyuon resettled with her family in Australia in 2005. Nyadol completed a bachelor of Arts degree from Victoria University and a Juris Doctor from the University of Melbourne, and began working as a commercial litigator with Arnold Bloch Leibler in 2016. An advocate for human rights, multiculturalism, the settlement of refugees and those seeking asylum, Nyadol has volunteered extensively in these areas for more than 10 years.”

Congratulating Nyadol on behalf of the partners, public interest partner, Peter Seidel, described her as a natural leader, who champions the firm’s belief in the law as an instrument of social justice every day. “We are enormously proud to see Nyadol recognised in this way. She is a brave and principled woman, who has overcome great hardship to achieve what she has, and her community, the nation and this firm are all beneficiaries.”

Pictured in main image: Nyadol Nyuon with one of the Awards sponsors from Sodexo.