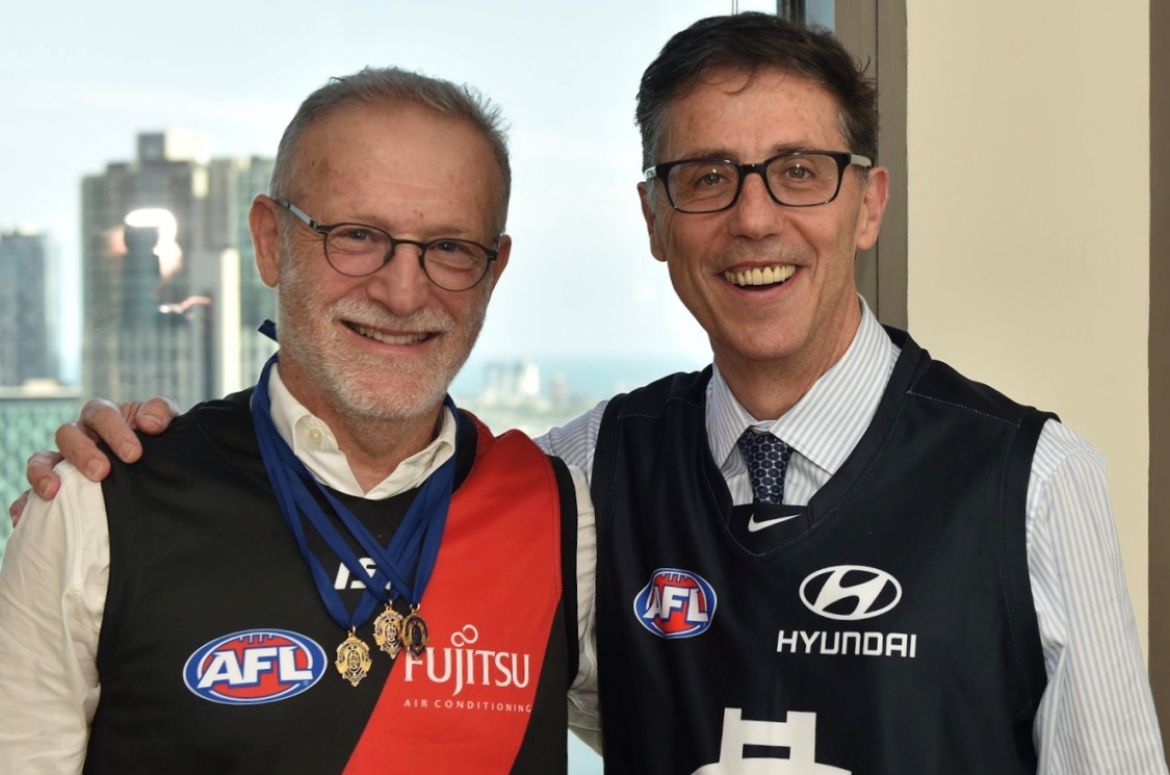 As reported in The Australian, “Carlton tragic” Leon was instructed by coterie group the Essendonians on behalf of the Essendon Football Club (EFC), acting pro bono to negotiate the release of the medals from Mossgreen’s Administrators.

Yesterday, the desired outcome was achieved and the medals were released to the EFC where they will be on permanent display.

Dick Reynolds is one of only four players in the history of AFL to win three Brownlow medals (1934, 1937 and 1938).  Mid last year, his family decided that it was the right time to part with the medals as a complete set and gave them to Mossgreen to sell as part of a Sporting Memorabilia auction scheduled in August 2017.

Just prior to the auction, the Reynolds family accepted a private offer from the EFC to purchase the medals to display at the Club.  The medals never went under the hammer but remained in the possession of Mossgreen as an interim arrangement.

However, in December Mossgreen went into voluntary administration with debts of $12 million and $3 million in assets. The Administrators retained possession of the medals until Leon stepped in to arrange for the transaction to be completed and the medals secured for the EFC.

Leon is featured in the photo above with Essendonian committee member Michael Schoenfeld.