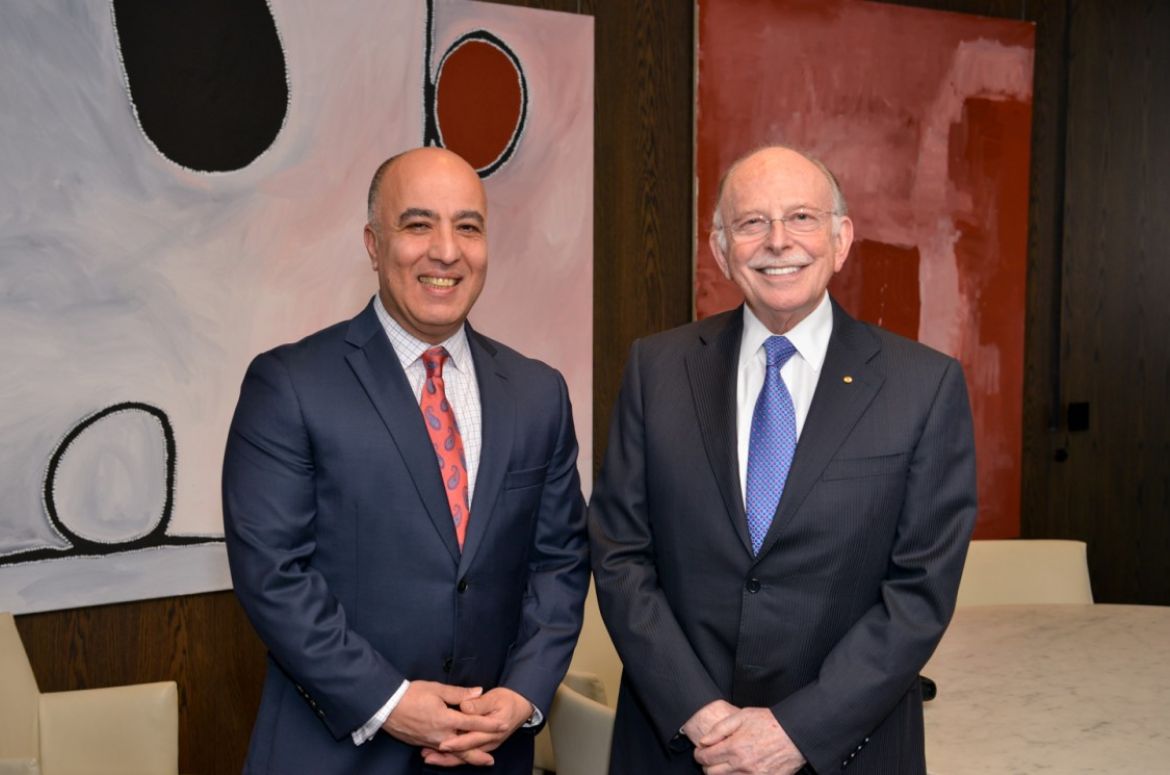 Introducing Mr Noroozi, who has served in the role of Inspector-General for a decade, Senior Partner Mark Leibler said: “It is a testament to the esteem in which Ali Noroozi is held that there are so many distinguished people gathered here this evening.

“Of course, it’s not only the seniority of the people in the room that reflect on Ali’s time as Inspector-General - it’s also the diversity. We have people from different sides of the political spectrum, different levels of government and every area of the tax sphere, including the Australian Tax Office.”

Mr Noroozi used his valedictory speech to reflect on his time in the role, and to propose some changes to enhance the standing and independence of the office, including renaming it the Taxation Ombudsman.

The event attracted extensive media coverage, including articles in The Australian, the Sydney Morning Herald and the Australian Financial Review.

“Mr Noroozi said that his role should be renamed Taxation Ombudsman ‘to make it more identifiable’ and the agency moved out of the Treasury portfolio and report directly to Parliament like the Australian National Audit Office.

“An inherent conflict exists in having both the IGT and the ATO within the same portfolio,” he said.

The article went on to say that: “Mr Noroozi and senior tax partner Mark Leibler – who introduced the diplomatic, Iranian-born Mr Noroozi on Thursday night – singled out the recent Fairfax-ABC investigation in April which claimed the ATO targeted small business instead of big business and wealthy individuals who have the resources to challenge decisions.

“While identifying that there were matters that could be improved, [Noroozi's] report found no evidence whatsoever of the ATO systematically targeting small businesses,” Mr Leibler said. “He has since suggested the idea of establishing a new and dedicated compensation scheme for tax matters, where decisions on compensation are made independently of the ATO. I think it's a good idea.”